While Overwatch seems to be infiltrating every facet of human existence (that may be a slight exaggeration – ed), it will probably never be turned into official LEGO sets. It’s far too violent and has too many guns for that, but it hasn’t stopped fans from creating their own renditions.

While we’re sure more will be made in time (these were built extremely quickly after the game launched), we have five heroes to show you today, including a special build at the end. 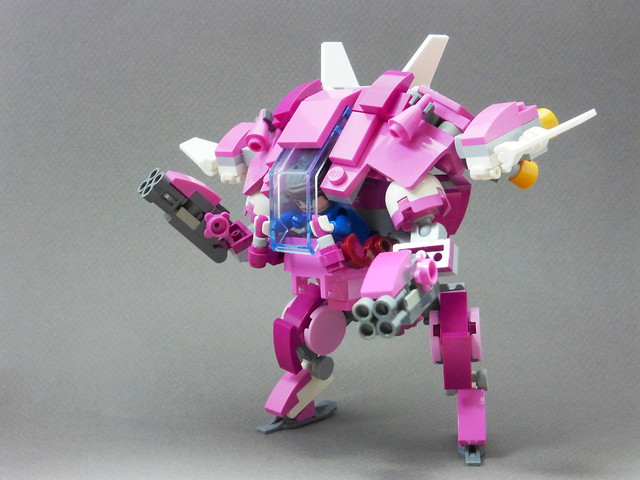 The pink mech-piloting D.Va was the first build we came across, and it got so popular on the internet that the builder has since released a guide on how to make your own. Don’t think this is going to be as easy as going to the shops and buying a boxed set, though. You’ll need to buy rare, individual pieces and put them together in an extremely complex manner. If you make one, let us know! 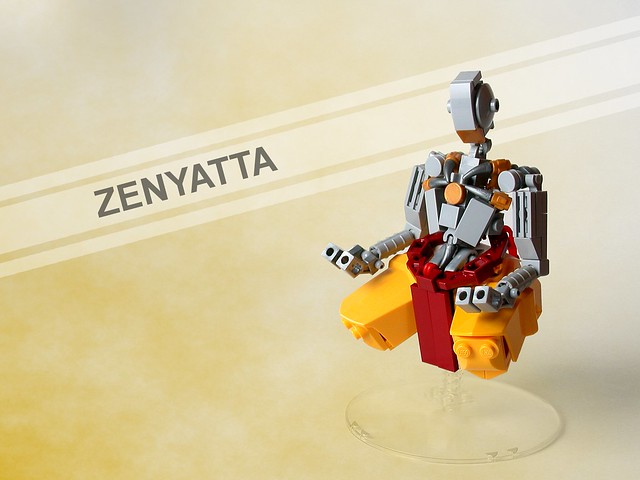 Can we point out how cool a floating, robot support monk is as a character design? It’s going to be difficult shifting from that kind of insanity in Overwatch to regular dudebro soldiers in other FPS games, but we’re sure it can be done! This build of the character (and the rest of the heroes we’ll look at) are at a different scale to D.va. While she is at the scale where the famous LEGO minifigure fits in perfectly, these builds are much larger. 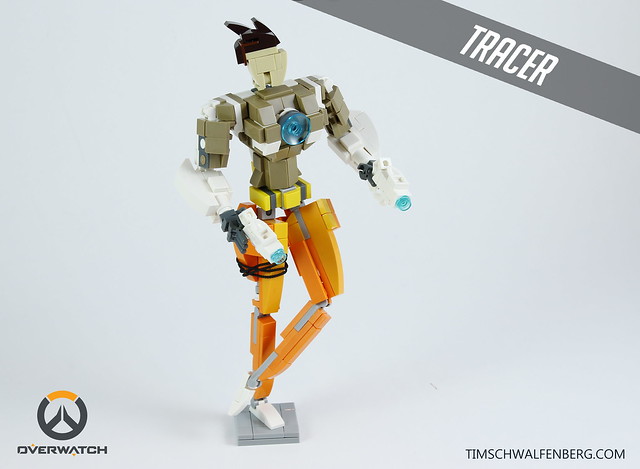 ‘Ello love! The way-too-British LEGO version of Tracer is ‘ere! Distinctly lacking some facial features that can’t be pulled off at this scale, this is still a really nice take on one of the game’s most recognisable characters. No word yet as to the time travel abilities of this model. 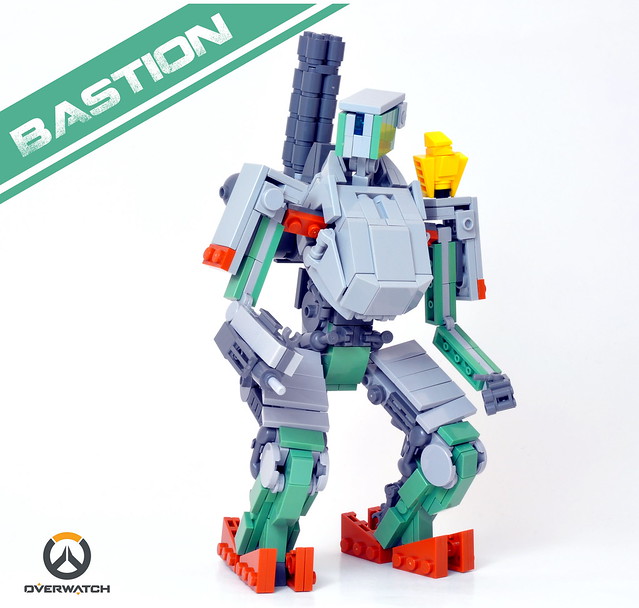 Regardless of your feelings playing as or against Bastion, you can’t deny he’s one cute robot, and he remains that way as a LEGO build. He even comes complete with his little yellow parrot, Ganymede, who we believe is the real mastermind behind the character. 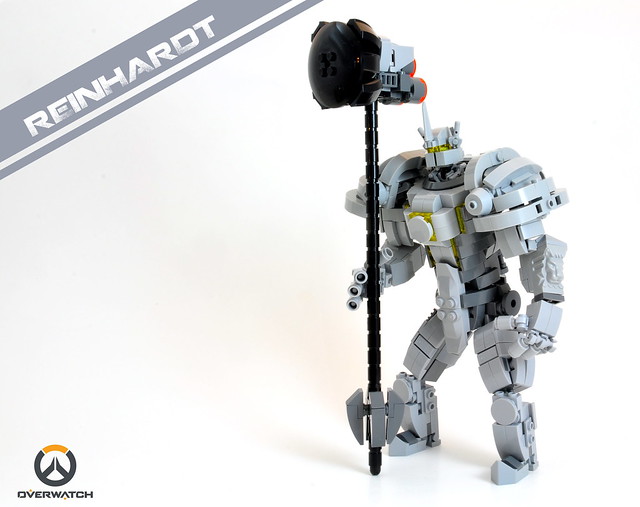 Our last hero today is the rocket-boosting knight himself, Reinhardt. Our favourite part of this one must be the lion head detail on the upper arm. While that is a key part of Reinhardt’s design, the LEGO piece used for that part is actually intended to be a piece of decorative masonry from the Castle theme. That’s what makes LEGO great: one day a piece is a support column in a lavish castle, the next day it’s part of the arm of a futuristic knight with a rocket hammer.

To end off we don’t have a hero, but rather their weapon. Builder ZaziNombies created a life-sized model of Reinhardt’s hammer using 4 500 pieces. We really don’t suggest actually hitting anyone with it, however…

The Worldsweeper is a different kind of Transformers 3D print

Logitech’s PowerShell Controller turns your iPhone into a gaming console

Here are the files to 3D print that fake Nintendo Switch

UN Women hackathon – a weekend of coding for gender equality...

How to build a loadshedding busting emergency light system