Last month we brought you the story of Marius Herrmann – a German student who is turning all the Titans from Titanfall 2 into extremely convincing LEGO builds.

When we wrote that story there were already builds created for Ion, Northstar, and Ronin. When we spoke to Herrmann he told us that the Titan on the cover of the game and star of the singeplayer campaign – BT-7274 – was in the process of being built.

Yesterday Herrmann finished up BT and has since posted his creation to Flickr. You can check it out below: 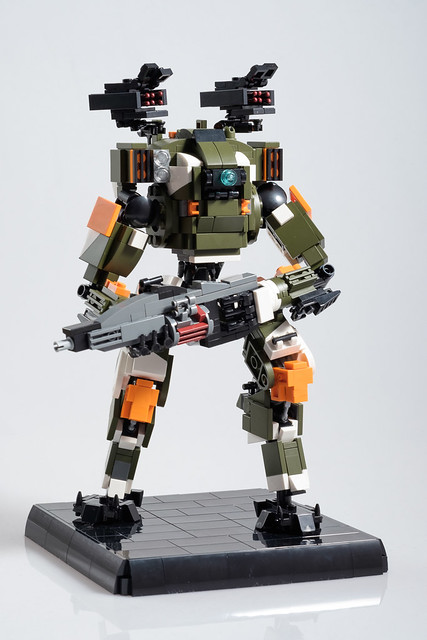 We have to say, this is probably his best work yet. Not only are the proportions spot on, but the colouring of build is a real treat. BT’s in-game colour scheme is difficult to recreate in LEGO thanks to the scarcity of the olive green pieces you see above, so Herrmann had to resort to spray painting those pieces.

If you still need more LEGO Titanfall 2 in your life, there is another builder tackling the subject. Builder “Nick Brick” has not only done the Northstar Titan, but also 1:1 scale weapons from the game such as the Alternator SMG.

Even local LEGO lovers are turning games into fan builds, as someone from South African turned one of the robot dinosaurs  from Horizon Zero Dawn into a custom creation.

Hey, The LEGO Group, if you’re reading this maybe you should hire these guys.

LEGO Version of Dom’s Charger still does a wheelie

5 reasons why creators reach for LaCie Rugged SSDs to handle...

This 3D printed Wheatley from Portal 2 can blink an LED...

Get a Pokémon Go EX Raid Pass the easy way –...