Just before Christmas of last year German student Marius Herrmann gave us a rather special present: the Legion Titan from Titanfall 2 in an outstandingly accurate LEGO recreation.

This intrepid builder has been on a quest to turn the huge mechs from the game into custom LEGO builds as the company itself does not cover the licence. When we first wrote about Herrmann in November he had already covered three of the seven Titans that appear in the game.

He had told us that he would soon be tackling the remaining Titans, and has kept his word. The Titan from the single-player mode in the game, and much of the artwork used to advertised it –BT-7274 – was next in line to get some love.

Following that Herrmann has now covered my personal favourite Titan and main choice when I log in every day. If you’re unfamiliar with this big guy, he carries around a ludicrously big gatling gun that can be powered up with homing bullets. It’s as awesome as it sounds. 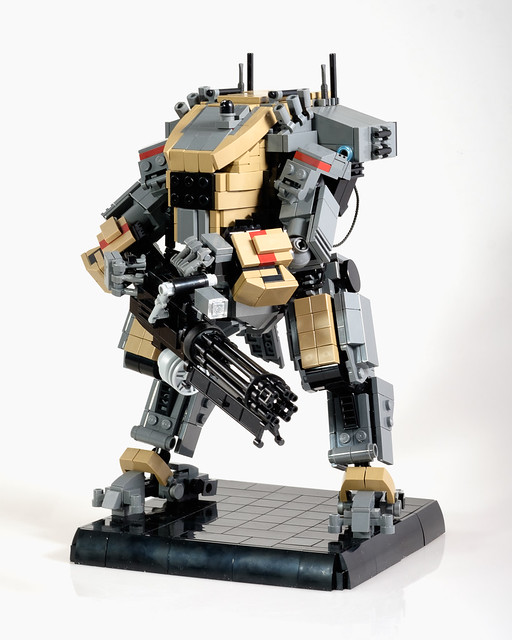 Without getting too deep into the specific building techniques that makes this so special to LEGO geeks like me, Herrmann himself states that, because this is the biggest Titan he’s built so far, he was free to use bigger joints and hinges which helped out with holding that comically sized gun.

Before we leave the world of LEGO Titanfall 2, check on the previous build of the Ion Titan. Since we last talked about it, it was been given some minor changes.

Finally, using a different kind of plastic for a similar purpose, here’s a 3D print of the Wingman revolver also seen in the game.

LEGO and Unity team up for a new educational Microgame

Why LEGO will get even pricier in South Africa come November

LEGO’s Baby Yoda is big, but not big enough

The HP Elite Dragonfly – Now available in SA via Drive...

How gaming monitors are being used to fight poaching

Upgrading your iPhone? Transfer and manage your data with EaseUS MobiMover

The Man in the Moon from the iconic French film is...

This 3D printed God of War chest is made to be...