German student Marius Herrmann has made a name of himself for his LEGO recreations from Titanfall 2 and then Horizon Zero Dawn, and he’s back with a new build from the latter series.

It’s the Sawtooth built to a larger scale compared to a LEGO minifigure in order to add more detailing. Look closely and you’ll see a lot of weird pieces used to achieve the in-game look.

The black snout, for example, is a large wolf head from the Vikings theme. Those tan, printed pieces on the back of the fronts legs come from a buildable action figure of a Star Wars Scarif Stormtrooper.

There’s a lot of great details like that to look out for and it appears that, unlike some of his previous builds which featured painted pieces, this is all original LEGO. 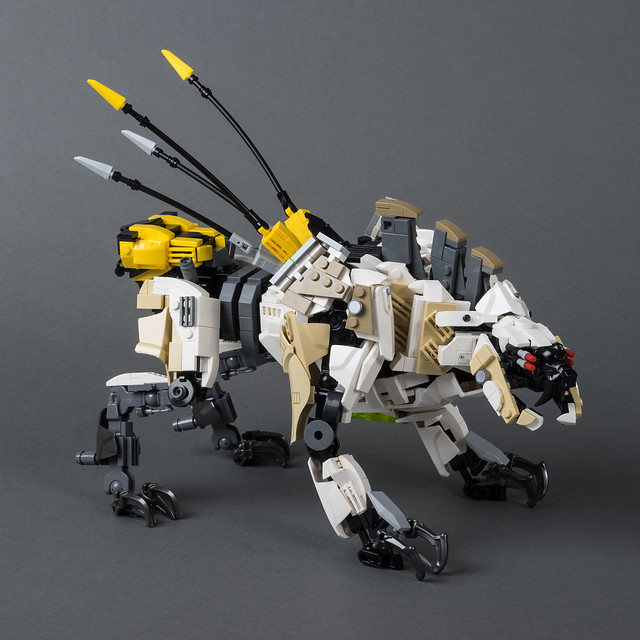 If you’re hoping for a part list and instructions to make your own Sawtooth, you’re out of luck.

When we spoke to Herrmann last year he told us that his bigger builds are a bit too unwieldy to make instructions for.

Luckily, he did team up with South Africa’s own Wayne de Beer to release everything you need for a miniature Thunderjaw. It’s a far cry from his previous attempt, which used thousands of pieces, but it’s a great desk toy you can build on the cheap.

Make sure you check out that huge build as well as the as well as the Tallneck which was made by de Beer, and even built by Hideo Kojima at one point. 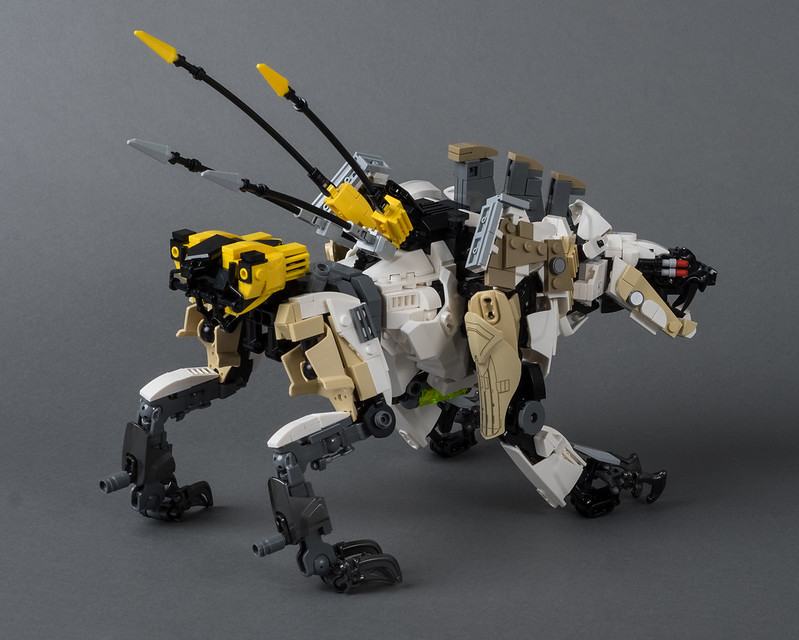 You can now 3D print Scratchy, the cat mascot of Scratch

International Space Station comes to Earth in this LEGO set

The RGB craze hits Dungeons & Dragons with this colourful screen

South African agile development in 2019: what was it like?

htxt.africa is one of South Africa’s leading technology news and reviews sites, catering for consumers, small and medium businesses and the technology channel. We publish original content daily and welcome your feedback. To suggest a story click here or to make an advertising enquiry click here

Facebook Google+ Instagram Linkedin Twitter Youtube
All original words & media by htxt.africa by htxt.media are licensed under a Creative Commons Attribution-NonCommercial-ShareAlike 4.0 International License. Permissions beyond the scope of this license may be available at htxt.africa. Where images and material are supplied by rights holders outside of htxt.media, original publishing licences are indicated and unaffected.
MORE STORIES

These 3D prints from Adventure Time did require some maths

Making Maker Faire, being a maker and fighting robots: the world...

Santa piloting a Christmas X-wing is now a real toy you...

How to make a DOOM collectable that plays sound