In the past we’ve featured many fan creations from the LEGO community’s attempts at turning Titans from Titanfall into unofficial sets, and now you can join in without the need to figure out your own build.

This is thanks to builder Luarni Aames Sim, or Lu Sim for short, who is known as Messymaru online.

Over the past few months Sim has been showing off his version of the Vanguard Titan. BT-7274 from the singleplayer of Titanfall 2, as well as the Monarch from multiplayer, fall into this class.

This 995 piece build is articulated, has a cockpit for a LEGO minifigure pilot, and can hold three different weapons: the Chaingun, the Predator Cannon and Ronin’s Broadsword.

The instructions Sim have created are for the version of the build you see on this page, which is a Vanguard Titan in the FS-1041 colour scheme and include a guide for those three weapons mentioned previously.

The 60-page PDF also comes with the all-important parts list for gathering the necessary bricks together with some bonus content such as a modification section for making your own variant.

All of this will cost you $29.99, but please remember that this is for the instructions only, and not for any physical LEGO pieces.

While this is expensive, we can attest to the amount of effort and skill that goes into making such things. Back in 2017 we made similar instructions for a simple Nintendo Switch cartridge holder of just a few dozen pieces, and it was an insane amount of effort. For something this large and of this quality, it’s worth the price.

If you need further convincing, see the embedded Flickr gallery of the mech down below, or watch the 360° video so you can see it from every angle. There’s also a blog post on Sim’s website if you want more information about the build and how it came to be.

Those looking for a Titan with some free instructions, should see Scorch by Nick Brick which is an equally large and detailed mech. 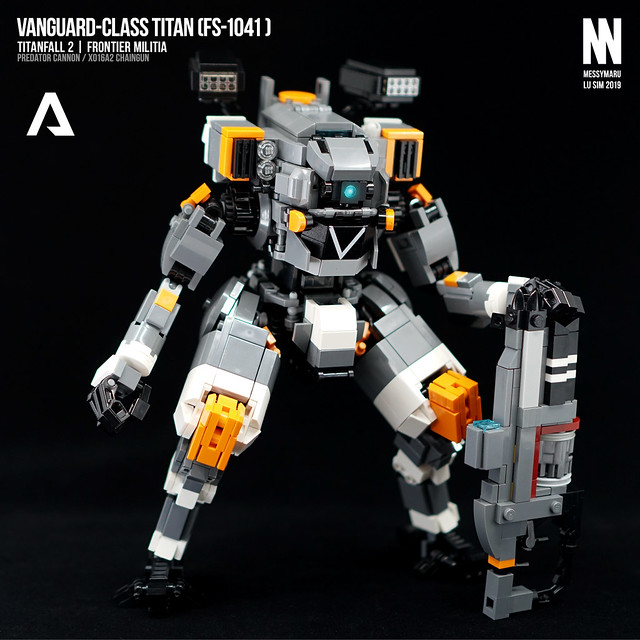 The Worldsweeper is a different kind of Transformers 3D print

This DIY CNC machine turns the sun into an engraving laser

McCree from Overwatch gets a fan-made 3D printed revolver

Call it the Binding Blade or the Sword of Seals, it...

The power fist from Fallout 3 as a 3D print